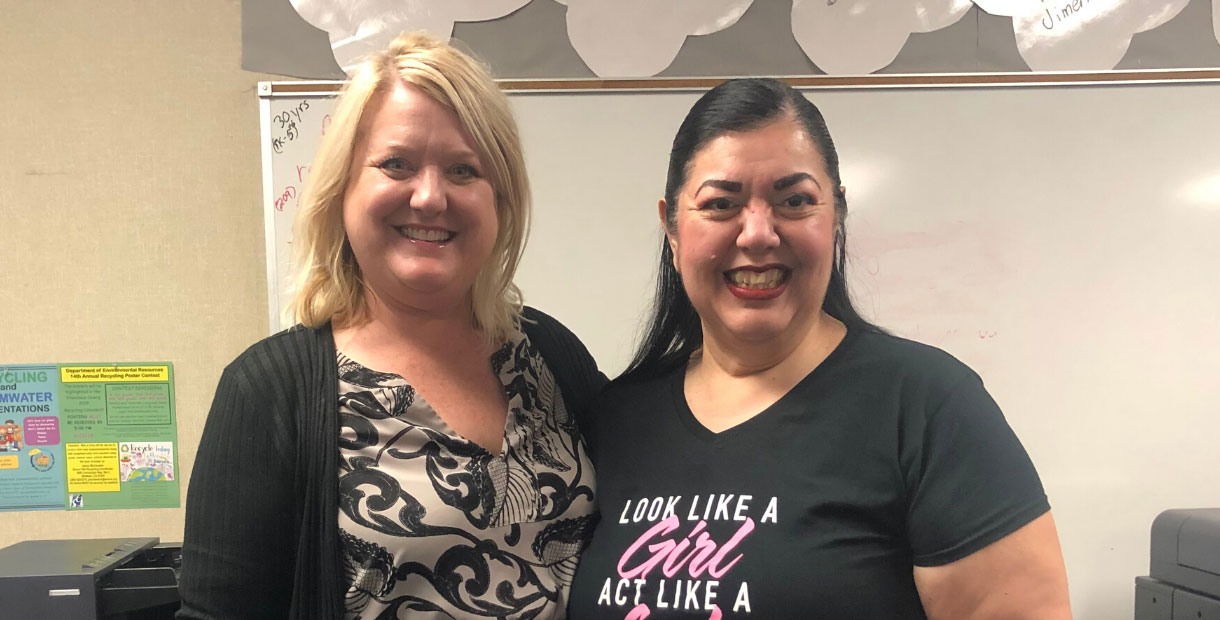 As a chapter president and regional representative, Christina is an integral member of the California School Employees Association (CSEA). Through her work, she’s become a trusted advocate for several causes—including cancer insurance.

In 2002, an American Fidelity representative met with Christina at her school’s annual benefits enrollment. During that meeting, Christina learned that the AF™ Limited Benefit Cancer Insurance policy had a Diagnostic and Prevention Benefit.

“The representative explained how you can get money back for yearly women’s exams, and I thought that’s a win-win,” Christina said.

“I purchased the policy for that reason, not thinking I’d be diagnosed with something.”

One year later, Christina received devastating news—Leukemia. During an overwhelming time, she looked to American Fidelity for help.

“Our representative literally walked our family through everything because I was not in a mindset to do anything,” she said.

In addition to accumulating medical expenses and everyday bills, Christina faced the costs of three-hour trips to receive treatment. Because her cancer insurance benefits were paid directly to her, she was able to get caught up on those bills, too.

“If it wasn’t for American Fidelity, we would have lost everything,” she said.

After a year-and-a-half of liquid chemotherapy treatments and more than a dozen daily pills, Christina is in remission and hasn’t looked back. Now, she’s focused on ensuring others are aware of American Fidelity’s cancer coverage.

“I’m a big activist when it comes to our union and our members, as well as making sure they know everything American Fidelity offers,” Christina said.

“I will always be a fan of American Fidelity, because in a time when it was so dark and grim for us, they were a shining light.”

American Fidelity is honored to be a part of Christina’s journey. And if your life takes an unexpected turn, we want to be there for you, too.

This blog is up to date as of March 2019 and has not been updated for changes in the law, administration or current events.